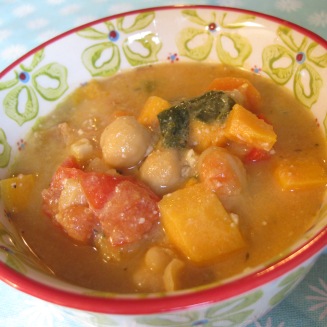 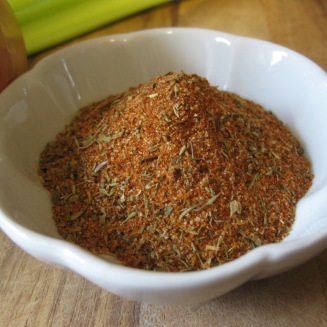 I had a lot of fun with the recipes I tried this week!  Browsing through the book and my checklist at the beginning of the week, I noticed that I had hardly made any of the appetizer recipes.  It seems that when I do have an opportunity to make appetizers for a party, I like to stick to my old favorites.  So I figured rather than wait for an opportunity to make a bunch of hors d’oeuvres, I’d just make a few finger-food suppers instead.

This kind of inspired me to rethink suppers in the future.  I tend to make a lot of casseroles and one-pot meals that can feed us leftovers for several suppers.  It’s super convenient and I’m not about to stop that habit.  But having a lighter, less fussy supper once in a while is  nice treat.  On the night I made the Taco Fiesta Potato Crisps, I just lay out all the toppings on the coffee table and my husband and I sat and enjoyed a movie while we dug in, making ourselves little potato bites with different toppings.  It was like a make-your-own-sundae bar for grown-ups!

I’ve made 71 recipes from the Oh She Glows cookbook to-date, and I have just 43 left to go before I’ve finished the whole book 🙂 (In case this is the first post you’re reading, I started my four-recipes-a-week ‘challenge’ when I had already made quite a few things from the book). These are the four new recipes I made  this week.

I made a half-batch of this spice blend, simply because it called for a lot more paprika than I had in my pantry.  A half batch gave me about 4-5 tbsp of spice blend, which will probably be good for 4-5 recipes.  It goes without saying I used it to make the 10-Spice Soup described below. I also sprinkled it on oven roasted potatoes which was very tasty.  The predominant flavor in this medley is definitely smoked paprika, which of the ten spices in the recipe, is the one used in greatest quantity.  I find that interesting, because smoked paprika is already a powerful spice all on it’s own, and would dominate any blend it is in, so why use it so heavily?  I like the over all effect, but I’d like to experiment with the ratios next time I make this to see if a little less paprika may give this blend more balance.

I liked this soup very much.  It is somewhat mellow in flavor, making it very comforting and soothing.  It’s more sweet than it is spicy, and after a week of a lot of spicy food I really appreciated that quality.  A word on the cashew cream: In the past I have been very successful in making cashew cream using my food processor.  However, the book always calls for using a blender, so this time around that’s what I did.  Unfortunately, that didn’t turn out too well for me.  I blended and blended but the cashews would not turn into a creamy sauce.  Yes, in case you’re wondering, they were soaked overnight.  I guess my blender needs to be updated, so until that day comes I’m going back to my food processor. I was a little embarrassed to photograph this soup, as there are unattractive little bits of cashew floating around in the broth.  But we all have kitchen mishaps, so it’s only fair and honest to share this with you.  Trust that it tastes far better than it looks! 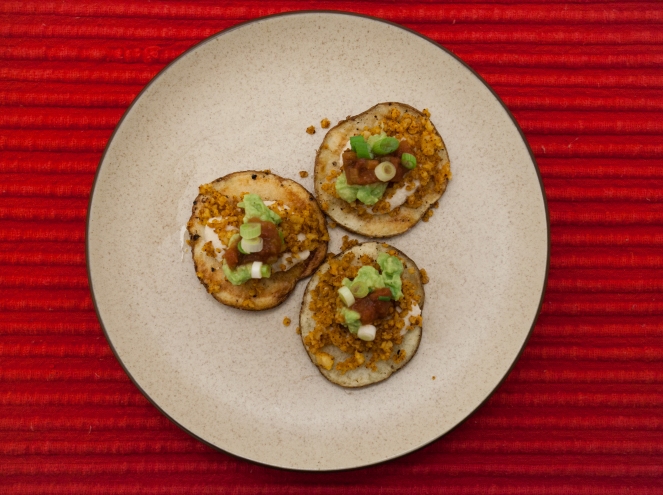 The big winner this week! My hubby and I both loved these and I will definitely be making them as appetizers for the next party I host or pot luck I’m invited to. It’s basically all the ingredients in a taco, served on a potato crisp. The recipe calls for salsa and cashew ‘sour cream’ as toppings, and I happily followed those suggestions. I also made a simple guacamole to add to the mix, which I would highly recommend! While it was fun to dive into the different toppings and make our own bite-sized potato crisps for supper, I preferred eating this dish as a baked potato the next day for lunch.  Just serve the walnut taco ‘meat’ and all the other toppings on a baked potato instead of on individual little potato crisps.  Voila, you have an easy meal that tastes fantastic!

This is one of those recipes that is way easier to make than it looks, making it a fun dish to pull off if you want to feel proud of your kitchen skills and impress your friends.  I was a little intimidated by the phyllo dough – all those layers, yikes! But the process was simple, straightforward, and totally do-able. The tart itself is really yummy, but I have a few suggestions to make if you are going to try it at home.  One is to season the mushrooms and onions with salt and pepper.  The recipe only calls for seasoning the pesto, which in my humble opinion, would produce a rather bland tart.  Now, I know you shouldn’t season mushrooms right away when cooking them (it causes too much water to escape too quickly and then they boil in their own liquid and get rubbery).  However, it is a good idea to season them with salt and pepper once they are cooked.  Ditto on the onions.  I also would encourage you to play with some fresh herbs in this dish.  I love pairing tarragon or thyme with mushrooms, and will do so next time I make this tart.  It was just missing a little “oomph” for my taste, so I squeezed some lemon juice over the whole thing to liven it up and went to town with the fresh parsley garnish.

That concludes another successful week of recipe experimentation.  I’ve been holding back on some of the dishes that call for fresh berries and other seasonal produce, and as the days warm up I’m excited to try these out! What spring foods are you looking forward to enjoying after a long winter?